Take A Pun, Leave A Pun 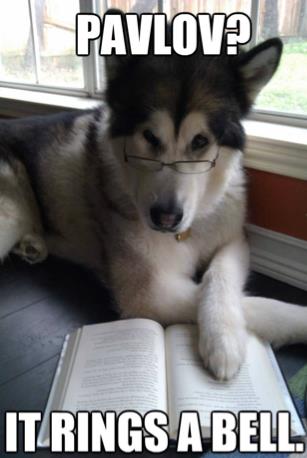 Announcing the Take A Pun,  Leave A Pun program

The process is simple – add your favorite pun as a comment below with a link to your web page. If the pun is good, er, I mean bad (the worse the better, I’m talking about bad puns that not only make you roll your eyes but can cause physical pain – truly bad puns) I will insert it into the article including your link to your web site. That’s it! Enjoy the bad puns on this page and make sure to leave one for others to enjoy!

One important note: We run a respectable web site and we reserve the full right to delete any post we don’t like so keep it clean

Why did the capacitor kiss the diode? He just couldn’t resistor.

I should have been sad when my flashlight batteries died, but I was delighted.

People who plug their computer keyboards into hi-fi systems aren’t idiots. That would be

Talking to her about computer hardware I make my mother board.

If a Norwegian robot analyzes a bird, it Scandinavian.

The man put his name on the neck of his shirt so he would have collar ID.

Did you hear about the fight at a local Laundromat? A washing machine beat the crap out of a diaper.

He dropped a computer on his toes and had megahertz.

Trust your calculator. It’s something to count on.

I wondered why the baseball was getting bigger. Then it hit me.

I’m reading a book about anti-gravity. It’s impossible to put down.

Did you hear about the guy whose whole left side was cut off? He’s all right now.

Einstein developed a theory about space, and it was about time too.

It’s not that the man did not know how to juggle, he just didn’t have the balls to do it.

I couldn’t quite remember how to throw a boomerang, but eventually it came back to me.

There was a sign on the lawn at a drug re-hab center that said ‘Keep off the Grass’.

I used to have a fear of hurdles, but I got over it.

I was going to look for my missing watch, but I could never find the time.

A hole has been found in the nudist camp wall. The police are looking into it.

Police were called to a daycare where a three-year-old was resisting a rest.

He drove his expensive car into a tree and found out how the Mercedes bends.

To write with a broken pencil is pointless.

Need an ark to save two of every animal? I noah guy.

Show me a piano falling down a mineshaft and I’ll show you A-flat minor.

Atheism is a non-prophet organization.

When William joined the army he disliked the phrase ‘fire at will’.

Don’t trust people that do acupuncture, they’re back stabbers.

A small boy swallowed some coins and was taken to a hospital. When his grandmother telephoned to ask how he was a nurse said ‘No change yet’.

A bicycle can’t stand on its own because it is two-tired.

Have you heard about that online origami store? It folded.

Although Nobelists tend to have dynamite personalities, Niels was a Bohr, and Linus was a Pauling.

For plumbers, a flush beats a full house.

The lights were too bright at the Chinese restaurant so the manager decided to dim sum.

Math teachers have lots of problems.

A chicken crossing the road is poultry in motion.

The trailer for the movie was produced without a hitch!

The best way to communicate with a fish is to drop them a line.

Bakers trade bread recipes on a knead to know basis.

Those who throw dirt are sure to lose ground.

The chickens were distraught when the tornado destroyed their home. Hopefully they will be able to recoup.

I didn’t understand the math, so the teacher summed it up for me.

The cowboy that got fired from his ranch job wasn’t crazy, he was just deranged.

Rabbits like their beer brewed with a lot of hops.

It wasn’t school John disliked it was just the principal of it.

What do you call it when a walrus eats 500 clams? A calamity.

Have you got bills to pay? If you do, please give it back. He looks silly bald.

Why are meteorologists always nervous? Their future is always up in the air.

Where do you find giant snails? On the ends of giant’s fingers.

What do you get from a pampered cow? Spoiled milk.

What’s a chimney sweep’s most common ailment? The flue.

A man walked into a bar and sat down next to a man with a dog at his feet. “Does your dog bite?” he asked. “No.” A few minutes later the dog took a huge chunk out of the man’s

leg. “I thought you said your dog doesn’t bite!” he said indignantly. The other guy replied, “That’s not my dog.”

What did the grape say when the elephant stepped on it? Nothing, it just let out a little whine.

A polar bear, a giraffe and a penguin walk into a bar. The bartender says, “What is this? Some kind of joke?”

What’s the longest piece of furniture in the world? The multiplication table.

An expert farmer is outstanding in his field.

Old bosses never die, much as you want them to.

A man needs a mistress just to break the monogamy.

I thought about becoming a witch, so I tried it for a spell.

How do celebrities stay cool? They have many fans.

On the surface of things whales are always blowing it.

When you dream in color, it’s a pigment of your imagination.

How do crazy people go through the forest? They take the psycho path.

When a clock is hungry it goes back four seconds.

What part of a cemetery is best for burying guns? The muzzleum.

What do you get when you cross an elephant and a skin doctor? A pachydermatologist.

How do you tickle a rich girl? Say “Gucci Gucci Gucci!”

What did the kid say when his mother poured oatmeal on him? “How can you be so gruel?”

Police were called to a day care where a three-year-old was resisting a rest.

My cavity wasn’t fixed by my regular dentist, but by a guy who was filling in.

I went to the butchers the other day and I bet him $50 that he couldn’t reach the meat off the top shelf. He said, ‘no, the steaks are too high.’

What is the world’s most popular wine? I don’t like Brussels sprouts.

What is the religion of a woman who had a sex-change operation. A HeThen

What musical is about a train conductor? “My Fare, Lady”

What is the difference between a frog and a cat? A frog croaks all the time, a cat only nine times.

What do you call cheese that isn’t yours? Nacho cheese.

Old owls never die, they just don’t give a hoot.

What do you call a veterinarian with laryngitis? A hoarse doctor.

The short fortune teller who escaped from prison was a small medium at large.

I used to be a hotel clerk, but then I had reservations.

Why did the blonde throw butter out a window? She wanted to see a butterfly.

Once upon a time, a tribe of cannibals caught a saint sent to them as a missionary and ate him. He was very tender and tasty, yet they were all violently sick afterwards. It shows that you can’t keep a good man down.

A neutron walks into a bar. “I’d like a beer” he says. The bartender promptly serves up a beer. “How much will that be?” asks the neutron. “For you?” replies the bartender, “no charge”

Why does lightning shock people? Because it doesn’t know how to conduct itself.

A bear walked into a bar and says, “I’ll have a beer … and some of those peanuts.” The bartender says, “Why the big pause?”

What do you get when you drop boiling water down a rabbit hole? Hot cross bunnies.

A three-legged dog walks into a saloon in the Old West. He slides up to the bar and announces: “I’m looking for the man who shot my paw.”

A lot of money is tainted. It t’aint yours and it t’aint mine.

When cannibals ate a missionary, they got a taste of religion.

Dijon vu – the same mustard as before.

Two antennas met on a roof, fell in love and got married. The Ceremony wasn’t much, but the reception was excellent.

A jumper cable walks into a bar. The bartender says, “I’ll serve you, but don’t start anything.”

A woman has twins and gives them up for adoption. One of them goes to a family in Egypt and is named “Ahmal.” The other goes to a family in Spain; they name him “Juan.” Years later, Juan sends a picture of himself to his birth mother. Upon receiving the picture, she tells her husband that she wishes she also had a picture of Ahmal. Her husband responds, “They’re twins! If you’ve seen Juan, you’ve seen Ahmal.”

A dyslexic man walks into a bra.

A man walks into a bar with a slab of asphalt under his arm and says: “A beer please, and one for the road.”

Two cannibals are eating a clown. One says to the other: “Does this taste funny to you?”

An invisible man marries an invisible woman. The kids were nothing to look at either.

Deja Moo: The feeling that you’ve heard this bull before.

I went to buy some camouflage trousers the other day but I couldn’t find any.

A man woke up in a hospital after a serious accident. He shouted, doctor, doctor, I can’t feel my legs!” The doctor replied, “I know you can’t, I’ve cut off your arms!”

I went to a seafood disco last week… and pulled a mussel.

What do you call a fish with no eyes? A fsh.

Two fish swim into a concrete wall. The one turns to the other and says “Dam!”

Two Eskimos sitting in a kayak were chilly, so they lit a fire in the craft. Unsurprisingly it sank, proving once again that you can’t have your kayak and heat it too.

A group of chess enthusiasts checked into a hotel and were standing in the lobby discussing their recent tournament victories. After about an hour, the manager came out of the office and asked them to disperse. “But why,” they asked, as they moved off. “Because,” he said, “I can’t stand chess-nuts boasting in an open foyer.”

Two peanuts walk into a bar, and one was a salted.